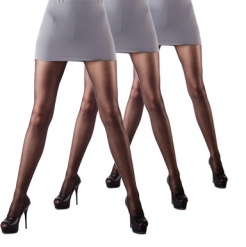 In an new booklet called What Business Are You In?, media consultants Paul Kurnit and Steve Lance give a quick 50-page overview of what most businesses need to know to start a sensible marketing plan. Many businesses ask “what media should I be in?” The answer on page 29 states:

In case you missed it, the key word is “multiple.”  In advertising this is frequently called “Frequency,” and is often overlooked by small- and medium-sized businesses.

This is not just a print formula. It’s an ad formula. For instance, one 30-second spot on radio is more likely to not only be heard, but remembered if it’s run multiple times either over a day, week, or month. It’s the reason you’ll sometimes hear one 30-second ad run twice in the same minute.  We know people hear without listening, listen without retaining, and only retain after a message breaks through to their brains after multiple repeats. As our mothers long suspected, things really do go in one ear and out the other. The goal of effective advertising is to get the message stuck in a brain before it exits out the other ear.

When considering an ad campaign, frequency can’t be discussed frequently enough. It’s what makes one message into multiple messages and multiplies the effectiveness of any ad campaign. Even famous Superbowl TV commercials don’t run once. They just get their debut at the Superbowl and then, if they don’t bomb with the public, are the start of a usually much longer campaign.

The Walk-Away:  A step is not a walk. One ad is not a campaign. To get anywhere in advertising, make sure your ads aren’t just one step forward, but a true walk toward getting you the results you want.